Cannabis, marijuana, pot, weed ­– we know this plant by many names.

There was a time when any of these words elicited a strong, hateful response from most of the population.

However, in recent years, not only has it become more accepted, but one of its derivatives ­– cannabidiol (CBD) – might also be beneficial in helping with a lot of mental and physical health problems, epilepsy being one of them.

While everybody responds differently, using CBD oil for epilepsy appears to help a lot of patients.

This is good news, considering that the disorder can be quite difficult to handle, even with prescription medications.

While it’s no substitute for conventional treatment, this alternative makes a difference in a variety of cases.

If you happen to have epilepsy and aren’t pleased with the results of your doctor’s normal solutions, it might be worth looking into the relationship between CBD oil and seizures.

Epilepsy is a neurological disorder that causes people to experience chronic seizures.

Some individuals only have them occasionally, while others experience them every day.

The frequency could be so severe that living a normal life becomes tough.

Fortunately, this only accounts for a small percentage of cases. Some seizures affect the entire brain at once (generalized), while others only affect a specific area (partial).

Generalized episodes are the most common, where patients either stare into space (petit mal/absence seizures) or go into full-blow convulsions (grand mal/convulsive seizures).

Partial seizures, on the other hand, are focused, so a person could remain conscious while losing only certain functions, like vision or hearing.

Whichever the type, seizures are scary to watch, but they’re not inherently dangerous.

The real risk stems from things like falling or hitting hard objects, like furniture or the floor.

Drowning is also a risk, which is why doctors recommend that people with epilepsy avoid taking baths.

Most people who suffer from epilepsy can live normal lives. In fact, lots of notable figures have either been confirmed to have, or believed to have had, some form of epilepsy.

The point is: epilepsy won’t set you back or affect your intelligence.

What sets epilepsy apart from other disorders, however, is that no two cases are alike.

This makes it a real headache to treat. Some people respond well to treatment, while others may not improve at all. 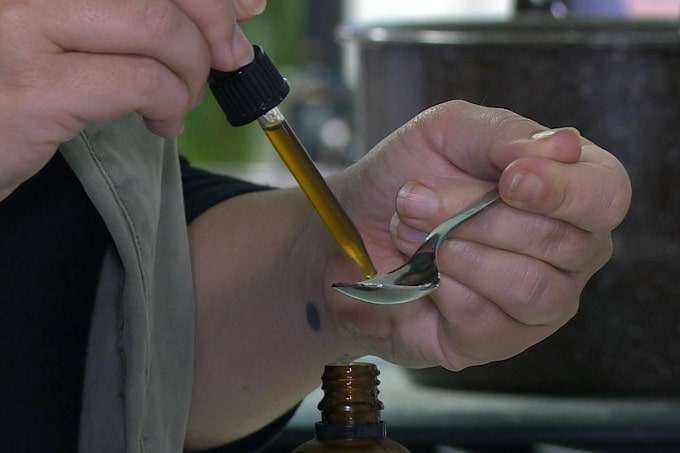 For those who have only the occasional episode, epilepsy amounts to an inconvenience – albeit a strong one.

But patients who have several convulsive or partial seizures a day can’t function well.

Most epilepsy cases have no known origin. They’re caused by a chemical imbalance in the brain.

But aside from surgery in some of these situations, there is no cure for epilepsy.

People with epilepsy often deal with some annoying assumptions.

Specifically, there are two major misconceptions that need to be addressed.

First off, it’s widely believed that flashing lights trigger seizures. While this is true, they only affect 3% of epilepsy patients.

The fact is that there’s an infinite number of potential triggers out there, and they all change on a case-by-case basis.

Second – and more dangerously – rumor has it that people experiencing a convulsive seizure are going to swallow their tongue.

If you try to swallow your own tongue, you’ll find that it’s firmly attached to your mouth.

In other words, the whole claim is just a load of nonsense.

Unfortunately, this prompts people to put things in a victim’s mouth whey they’re having a seizure, which sometimes causes choking.

Honestly, we could go on and on about this, but what we really want to talk about is the exciting potential of CBD helping people with epilepsy.

What better way to learn about using CBD for epilepsy than through a first-hand example?

My Experience Using CBD for Epilepsy

My own anecdotal evidence might sound great, but it’s not conclusive.

So let’s take a look at a more reliable source. According to a 2016 article in Scientific American, researchers used CBD on 162 epilepsy patients, in addition to conventional medication.

According to the article: The researchers reported the intervention reduced motor seizures at a rate similar to existing drugs (a median of 36.5 percent) and 2 percent of patients became completely seizure free.

Additionally, 79 percent of patients reported adverse effects such as sleepiness, diarrhea and fatigue, although only 3 percent dropped out of the study due to adverse events.

Furthermore, Kevin Chapman, a pediatric neurology professor from the University of Colorado went on to say that, “I was a little surprised that the overall number of side effects was quite high but it seems like most of them were not enough that the patients had to come off the medication.”

So even if there were side effects, they were preferable to the ones created by prescription medication.

In other words, results were mixed, but promising. True to epilepsy’s nature, each person’s outcome was radically different.

Further research is needed to confirm whether most people with epilepsy would respond well to CBD.

But it appears that it’s a viable option in extreme circumstances when all other avenues have failed.

How Does CBD Oil Work for Epilepsy?

Ah, the million dollar question. Ironically, nobody’s truly sure even how regular medications work when treating epilepsy; they just do.

Theoretically, however, it’s that CBD has a calming effect on your nervous system.

Seizures occur when your brain goes into overdrive. Huge spikes in brain activity are what cause seizures.

If CBD oil does directly help with seizures in some cases, then the oil’s ability to essentially chill out the brain is what stops this spike in activity.

In the end, using CBD oil for seizures is tricky territory.

On the one hand, research definitely generates hope for those who suffer from severe epilepsy with no other recourse.

The problem is that prohibition limits our ability to really give CBD – and cannabis in general – the attention it needs.

Hopefully, as cannabis becomes more widely accepted (and legal), we’ll have a chance to look into it on a larger scale and bring relief to the roughly 22 million people worldwide who deal with epilepsy.