There are over 100 cannabinoids that have so far been identified in the cannabis plant.

One of the most well-known and researched is THC, which contains well-documented therapeutic effects.

Did you know, however, that THC and CBD aren’t completely present in cannabis plants that are fresh and alive?

Isn’t THC the psychoactive compound in marijuana that’s responsible for getting you high?

Yes. But before it actually becomes THC, it’s in the form of THCA.

Let’s take a deeper look at this very important cannabinoid.

What is Tetrahydrocannabinolic Acid (THCA)? THCA (tetrahydrocannabinolic acid) can be thought of as the precursor to THC.

And while they are structurally very similar, there are some small (but significant) differences at a molecular level that make the effects they contain actually very different.

Perhaps the biggest difference is that unlike THC, THCA doesn’t get you high.

When fresh cannabis flowers (buds) begin to dry, THCA begins to break down into THC.

In order to produce the “high” the cannabinoid is famous for, THC must be heated up in a process known as decarboxylation, something that happens when you smoke or vaporize cannabis flower.

Basically, this is why you can eat all the dry marijuana bud you want and not feel any psychoactive effects.

Just because THCA doesn’t get you high, doesn’t mean it isn’t an important cannabinoid.

Without it, we wouldn’t even have THC (which most would attest is one of the most important cannabinoids there is).

THCA doesn’t exactly occur on its own in the cannabis plant.

It’s an acidic form of THC that is technically created from CBGA (cannabigerolic acid), which is considered the “parent” of all cannabinoids that exist.

As the cannabis plant matures, CBG synthesizes into one of these three molecular compounds.

Without CBG, we wouldn’t have THCA…or THC.

THCA plays an important function in the cannabis plant itself.

Research published in 2008, for example, highlighted that THCA causes necrosis (or the death of plant cells) in cannabis leaves.

Why is this important?

Plant cell death is known to play an integral role in several physiological functions including leaf senescence (the final stage of leaf development), somatic embryogenesis (where embryo-like structures are formed from somatic tissues and developed into a full plant), and defense against microbial pathogens.

Basically, THCA functions as a sort of immune system that allows the cannabis plant fully develop in the healthiest way possible.

Aside from this, THCA is also believed to protect cannabis leaves from UV radiation.

What are the Benefits of THCA?

There are few studies that take THCA into consideration.

This isn’t to say there hasn’t been some preliminary research that has gone into it.

What do the few studies that include THCA have to say?

Like other cannabinoids, THCA appears to hold some promising therapeutic effects.

Some of the known benefits of THCA include

Consuming raw cannabis is one way.

THCA is abundant in raw cannabis flower. While consuming raw cannabis won’t get you high, it does pack a strong therapeutic punch.

Following are a couple ways to consume raw cannabis. By far, one of the easiest ways to consume raw cannabis is in a smoothie.

Simply take all the ingredients of your regular smoothie, then add 1-2 good sized freshly-cut buds into the mix.

Blend away as you normally would and you’re good to go with a healthy amount of THCA.

Keep in mind that fresh is always better when it comes to ingesting raw cannabis.

You won’t get the same benefits from adding dry buds to your smoothie that you would by adding freshly picked cannabis flowers.

Maybe you don’t have the option of adding fresh cannabis flowers to your juice at your local juice bar.

You can, however, add fresh flowers to the juices you make at home (if you have access to fresh cannabis plants that are in bloom)…and they’ll be rich in THCA.

Dr. William Courtney is a raw cannabis specialist with an extensive medical education who contends that “you are actually walking away from 99% of the benefits cannabis provides when you cook or smoke” it. According to Courtney, “If you don’t heat marijuana, you can go up to five or six hundred milligrams and use the plant strictly as a dietary supplement by upping the antioxidant and neuroprotective levels which come into play at hundreds of milligrams of CBDA and THCA.

It is this dramatic increase in dose from 10 mg of psychoactive THC to the 500 mg – 1,000 mg of non-psychoactive THCA, CBDA, and CBGA that comprises the primary difference between traditional medical marijuana treatments and using cannabis as a dietary supplement.”

If you’re going to go the juice route, you’ve got to grow your own (or know someone who does).

What About THCA Tincture?

If you don’t want to go the smoothie or juice route (or don’t have the means to fresh marijuana buds), there’s always the option of THCA tinctures.

While they’re not as popular as CBD or THC tinctures, they’re more widely available than you might think. And people seem to love it.

One reviewer who used a THCA tincture reported that for chronic pain, it helped “tremendously” to reduce pain, decrease the use of opioids, and improve quality of life.

For migraine pain it helped “tremendously” to reduce frequency and intensity.

THCA tinctures could become something we see a lot more of in the very near future.

In fact, THCA oil is sold right next to CBD on shelves in Virginia.

We wouldn’t be surprised to see this as something that takes off in other states that have passed marijuana policy as well.

Why is THCA Oil Sold On Shelves with CBD in Virginia?

In 2018, medical cannabis laws were expanded in Virginia.

Under new policy that was signed on March 9, 2018, CBD or THCA oil can be recommended for any medical condition.

While policy is still waiting to be implemented, there have been five companies approved to open dispensaries that will sell CBD and THCA oil.

It’s estimated these dispensaries will open at the end of 2019.

Why THCA and CBD in Virginia’s medical marijuana program?

For one, lawmakers in Virginia understand that research shows THCA is known to be effective in preventing seizures in epilepsy patients. Which is why it was included in SB 701, which established regulations regarding the production of CBD or THCA oils to be used in the treatment of intractable epilepsy.

In a WMRA radio show the same year, the topic of confusion over marijuana’s therapeutic value was discussed.

While CBD was initially proposed to be the only cannabinoid permitted under Virginia medical marijuana law, lawmakers in the commonwealth are “tentatively aware of the entourage effect,” which is ultimately what led to the allowance of CBD and THCA oils in their medical cannabis program.

This is what Virginia Senator David Mardsen had to say about THC and the decision to permit CBD and THCA:

“Well, that’s psychoactive marijuana…that’s what we’ve taken out of the plant that we’re going to be using in Virginia because we’re using the non-psychoactive CBD and THCA oils. I don’t believe in recreational use.

I don’t think it’s good for any society to have people distorting reality.”

That being said, there are minute levels of THC allowed in the commonwealth’s medical cannabis program.

They can also contain up to (but no more than) 10mg THC per dose. There are no limits on dosages.

Could THCA become as big as CBD?

Maybe, maybe not. There’s a huge need for further research.

What we know so far is that THCA is the precursor to THC, but it doesn’t produce a psychoactive effect until it’s heated up.

THCA is abundantly present in raw cannabis flowers and can make an excellent addition to fresh juices and smoothies.

It’s also available in some places in the form of a tincture.

We’ll simply have to wait to see what the future holds.

How Five CBD Can Improve Your Daily Routine

Ever heard of Five CBD? If you haven’t, it’s important you pay close attention. Five CBD is changing the way …

How Five CBD Can Improve Your Daily Routine Read More »

How To Improve Your Health With Your Favorite cbdMD

Whether you’re a newbie or a seasoned veteran with hemp-derived products, you can become overwhelmed with the thousands of CBD …

How To Improve Your Health With Your Favorite cbdMD Read More » 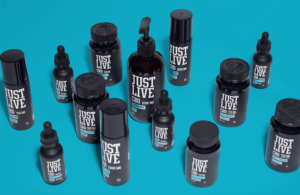 Just Live CBD Review – By Athletes For recovery and performance

Just Live CBD is a new brand with professional athletes as its founders. Their products are for everyone, however, not just athletes. Read our Just Live CBD Review here.

Medterra has launched a wellness line called, Medterra Wellness. In this article, we give a brief overview of the brand and review some products within the new line.

Finding the CBD strain that works best for you can have a trial and error period. Our list of the best CBD flower will help you find the brand that provides what you're looking for. 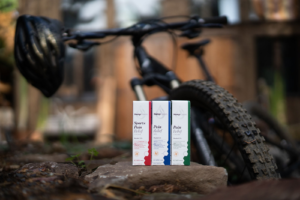 HempFusion was created by Jason Mitchell, N.D. who has launched more than 300 dietary supplements to the market. Read our honest review of the brand here. 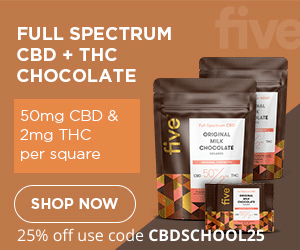 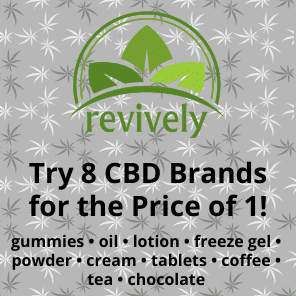