From CBD School: in order to understand how cannabinoids work in our body and interact with our endocannabinoid system, you need to have a basic understanding of how your nervous system and neurotransmitters work. Below are the basics written by CBD School’s own Neuroscience teacher.

Why Do We Have a Nervous System? 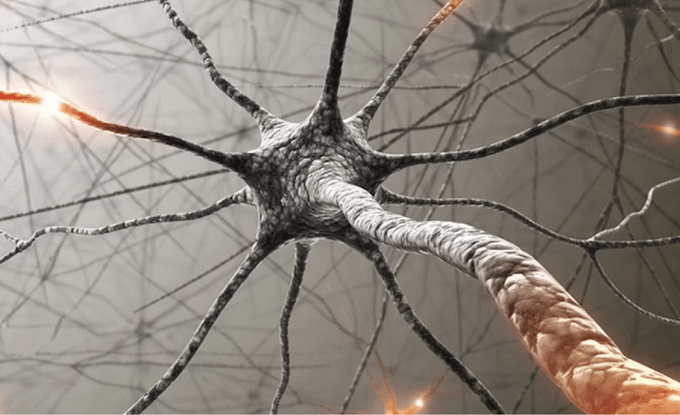 The body is comprised of many different systems that work together to accomplish the body’s functions.

You’ve got the cardiovascular system, which pumps blood throughout the body; the respiratory system, which acquires oxygen from the air we breathe; and the digestive system, which breaks down food to nourish the body.

But none of these systems could function properly without a way of communicating.

This is where the nervous system comes in.

For example, if the blood pressure in the body drops, the heart needs to know about it so it can pump faster to try to compensate.

Our body uses the nervous system to send fast, real-time messages to respond to current situations.

This is the basic reason the nervous system evolved. It is fundamentally a communication system, designed in such a way that it can quickly and directly send and receive messages throughout the body.

The brain, in all its complicated glory, functions as an integration center that processes and organizes these activities in the body.

How the Nervous System Works

Let’s zoom in to the level of the neuron.

A neuron is a specialized cell in the nervous system with finger-like projections that function as message senders and receivers.

The axons (message senders) release chemical messengers into a tiny space between the neurons known as the synapse, and these are received by dendrites (message receivers) of the neuron on the other side of the gap.

At a given synapse, many neurons may be sending messages to a single neuron at one time.

Each message can be categorized as an excitatory or inhibitory signal.

You can think of the receiving neuron as asking the question: should I fire?

Excitatory signals can be thought of as a yes, while inhibitory signals are a no to this question.

The neuron receiving these messages will fire an action potential (signal) if the balance of excitatory to inhibitory (yes to no) messages exceeds a certain threshold. Messages come in the form of chemical messengers known as neurotransmitters.

Neurons have specialized message receiver proteins known as receptors on their dendrites.

They work like a lock and key: neurotransmitters bind to their receptors because their chemical structure fits into the receptor in a complimentary manner.

When the neurotransmitter binds to the receptor, it can cause many different effects.

The most basic effect is whether it excites or inhibits the neuron, as discussed earlier.

The first neuron releases excitatory neurotransmitters into the synapse. These will bind to the second neuron’s receptors.

If enough of these bind at one time, the neuron will receive a strong enough yes signal to fire.

Once the neuron fires, it may deliver its signal to other neurons it’s connected to.

The body communicates through this simple passage of messages from neuron to neuron.

Some signals eventually make it to the organs of the body, where they have their effects.

Certain drugs, both prescription and otherwise, act on the nervous system by increasing or decreasing the activity of a certain kind of receptor.

When ingested, these drugs travel through the bloodstream and into the nervous system, and compete with the body’s natural neurotransmitters to activate or block receptors.

This can have a drastic effect on the signaling activity of the affected neurons.

Likewise, an antagonist is a compound that blocks a receptor.

When an antagonist is present, it’s more difficult for the neurotransmitter to activate the receptor, meaning you need more of it to cause the same effect.

In some cases, the antagonist blocks the neurotransmitter’s effect completely.

How Does this Relate to Cannabinoids?

The endocannabinoid system is part of the nervous system, and is composed of neurotransmitters (cannabinoids) and receptors that respond to these cannabinoids.

Its functions include regulatory effects on the immune system, the appetite, and pain; and a minor role in the regulation of sleep, mood, metabolism, and cardiovascular function.

They are normally activated by endocannabinoid neurotransmitters anandamide and 2-AG, but cannabinoids found in cannabis can also act on these receptors.

When a person consumes cannabis, many different cannabinoids enter the body and have effects on cannabinoid receptors.

When THC is consumed in sufficient amounts, it activates the receptors more than they would naturally be activated, leading to the psychoactive and regulatory effects of marijuana.

CBD, on the other hand, has a very mild antagonist action on CB1 and CB2 receptors, meaning it blocks them from being activated.

This is why some believe it has a tempering or softening effect on THC. CBD’s main effect, however, is to inhibit FAAH.

FAAH is an enzyme that normally breaks down anandamide, a naturally occurring cannabinoid in the brain.

In the presence of CBD, the enzyme can’t break down anandamide, so there is more anandamide in the synapse to activate receptors.

CBD’s main effect preserves the concentration of our body’s own cannabinoid, anandamide. 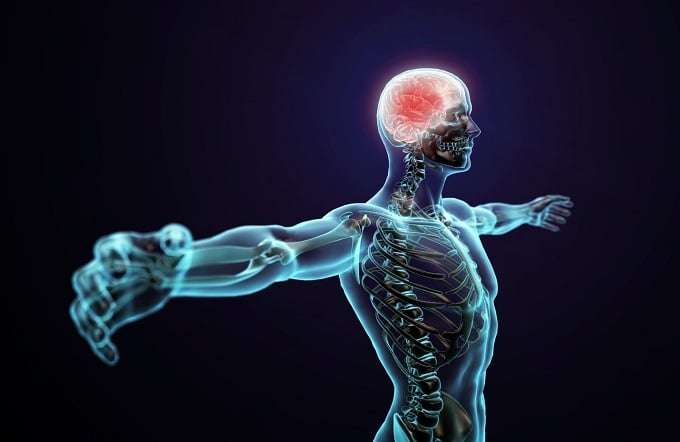 The nervous system evolved as a way for the body to instantaneously send and receive messages.

Neurons have axons (message senders), and dendrites (message receivers); and messages are transmitted across small gaps between neurons known as synapses.

The messages sent from various neurons add up to have various effects, including telling the receiving neuron whether to fire and pass along the message.

In terms of cannabis, CB1 and CB2 receptors are normally activated by the endocannabinoid neurotransmitters anandamide and 2-AG.

These receptors also respond to cannabinoids in marijuana, including THC and CBD.

A basic understanding of the nervous system will help anyone interested in the effects of cannabis to better understand its fascinating effects on the body and mind.