Some say cigarettes are harder to quit than heroin.

While studies show that smokers might think a lot about quitting, many make several unsuccessful quit attempts.

Then there are the countless smokers who actually are successful at quitting for extended periods but still end up relapsing.

Research shows that for many smokers it might take up to 30 attempts to quit smoking for good.

Recent studies have revealed however, that CBD could help smokers interested in kicking their habit for good.

Researchers have discovered that vaping CBD has the potential to help smokers substantially cut down on the number of cigarettes they smoke. 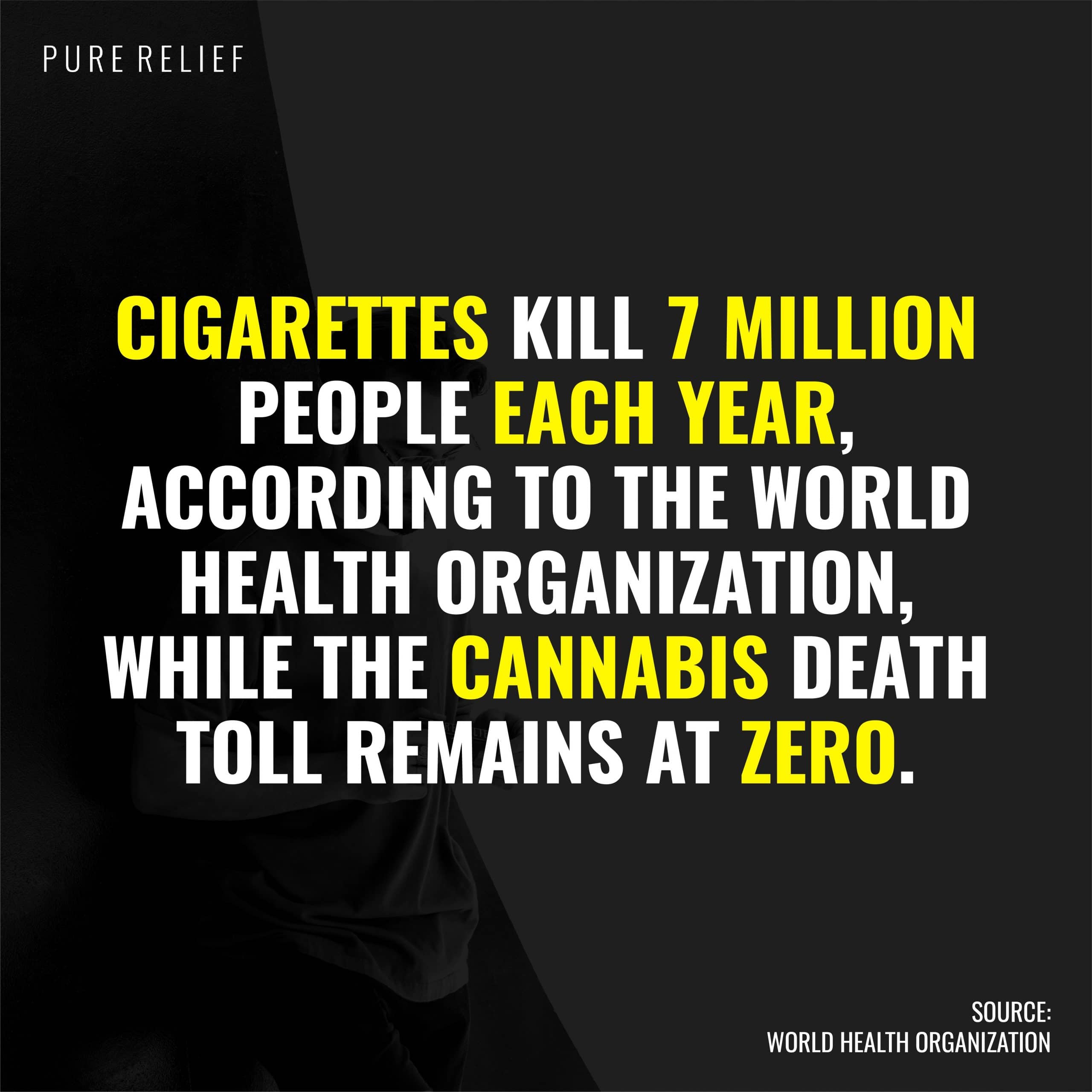 In 2013, researchers at the University College London desired to take a closer look at the role of the endocannabinoid system in nicotine addiction.

The study was conducted for one week.

During the study, smokers were instructed to use their vaporizer every time they had an urge to smoke a cigarette.

They weren’t told to try to quit or cut down on their cigarette intake — simply take a puff from the vaporizer they were given every time they wanted a cig. 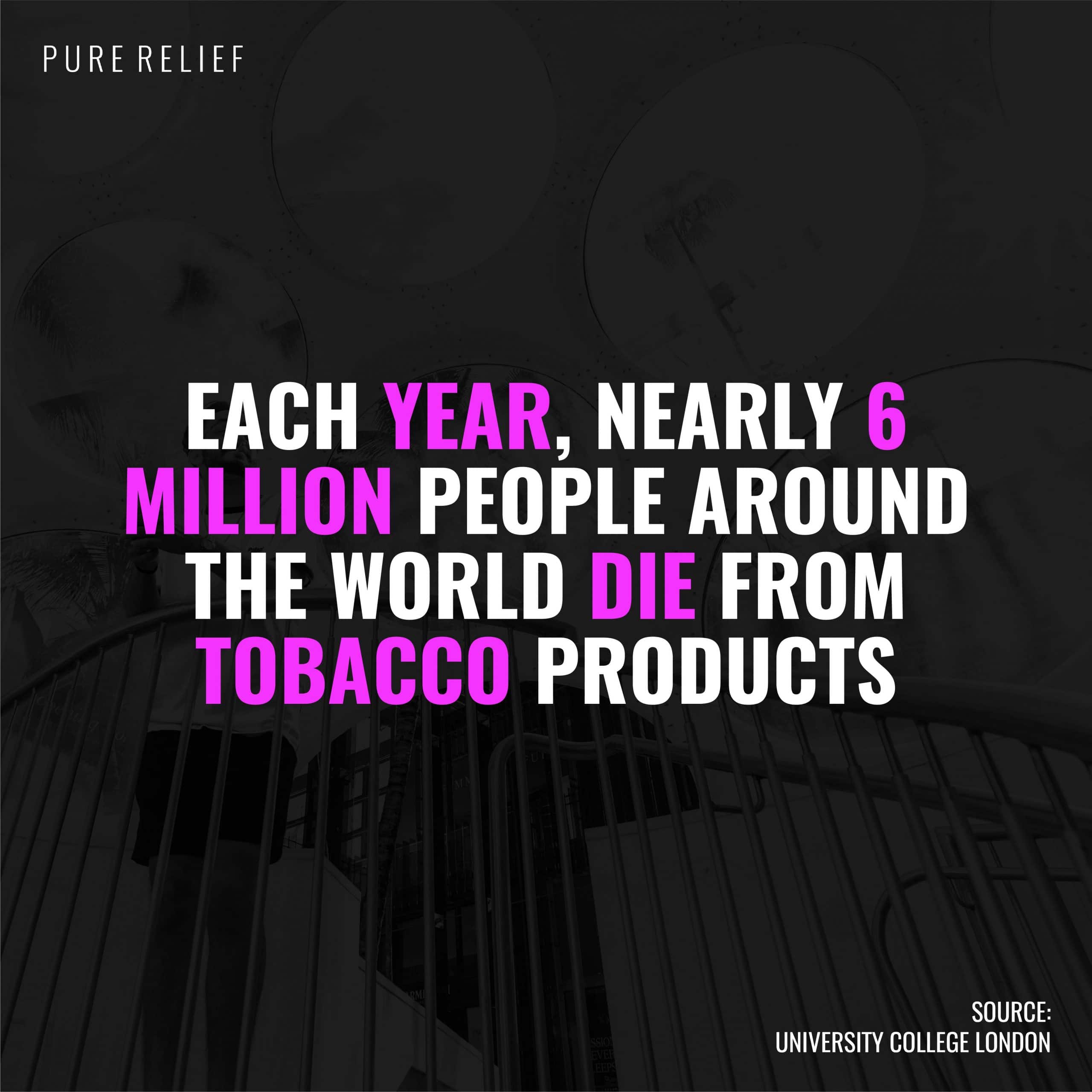 When the week was over, smokers that received the placebo reported no difference in the number of cigarettes they smoked.

Smokers that received CBD however, reduced the number of cigarettes they smoked during the study by 40%.

Follow-up on the study also found that there was some maintenance of this with some of the participants.

In 2018, University of College London researchers conducted another study of the effects of CBD for smoking cessation.

Because of the anxiolytic properties (the anti-anxiety effects) found in CBD, along with the minimal side effects and research that has shown it may change the prominence of drug cues, researchers desired a closer look at cannabidiol’s effect on quitting smoking.

For the randomized, double-blind cross-over study, 30 non-treatment seeking smokers were either given 800mg of CBD orally or a placebo in the morning after not smoking overnight.

Participants of the study were then shown pictures of tobacco “cues” where withdrawal, craving, side effects, heart rate, and blood pressure were all measured repeatedly.

While craving and withdrawal were unaffected by CBD, researchers did find that the 800mg dose of the cannabinoid did reduce the appeal of the cues participants were shown as compared with the group that received the placebo.

These “cues” are what would typically incite the urge to smoke a cigarette.

Think the morning cup of coffee and first cigarette of the day, having drinks with friends, being around other smokers, talking on the telephone, and other activities where smokers are accustomed to lighting up.

According to Dr. Tom Freeman, Kings College London Senior Academic Fellow, who worked with researchers on the study, “These findings suggest that cannabidiol has promise as a novel treatment for tobacco addiction.

It might be particularly effective when abstinent smokers are exposed to cues that trigger relapse, such as when they are with a friend who lights a cigarette or in a particular place they associate with smoking.”

While researchers maintain there is still more work that needs to be done, CBD shows promise for those who want to quit smoking cigarettes.

According to Professor Yasim Hurd, the director of the Addiction Institute at New York’s Mount Sinai hospital, “Taken together, these studies suggest that CBD could play a key role in helping people quit smoking.”

Vaping CBD has the potential to significantly reduce your cigarette intake.

Taking in some CBD in the mornings before your first cigarette of the day may help reduce the influence of the cues that might make you light up.

Combined, the two could have an extremely positive effect on your cigarette addiction.

While more research is certainly warranted, CBD is showing promising potential for smokers who want to kick their habit for good.

5 thoughts on “Can Vaping CBD Help You Quit Smoking Cigarettes?”