The modern cannabis world is much different than it was in the past. Take CBD, for instance.

Ten years ago, virtually no one had heard about the non-psychoactive cannabinoid…and now it’s projected to be a market worth $22 billion by 2020.

Administration methods of CBD have been evolving just about as rapidly as the industry itself.

Where CBD tinctures once ruled, there are now more ways to take CBD than ever before. Edibles are one popular option, with CBD-infused drink options increasing every day.

Experts believe that the CBD beverage market alone could be around $260 million by 2022, leading to increased interest (and production) of water soluble CBD.

Never heard of it? No problem.

We’re here to offer everything you need and might want to know about water soluble CBD, as well as how it might benefit you personally.

Water soluble CBD, THC, and other cannabinoids could just change the cannabis industry completely. Let’s look at why.

What is Water Soluble CBD? CBD oil is no exception, which is something that’s led to the development of a water soluble CBD option.

CBD tinctures are popular because they work so quickly and effectively. Simply hold the CBD oil under your tongue for 1-3 minutes, and it is absorbed by the mucous membranes of the mouth, where it then makes its way into the bloodstream.

Taking CBD oil sublingually (rather than just swallowing it) allows for one of the quickest delivery methods because it doesn’t have to pass through the digestive tract and liver before reaching the bloodstream and working its magic. 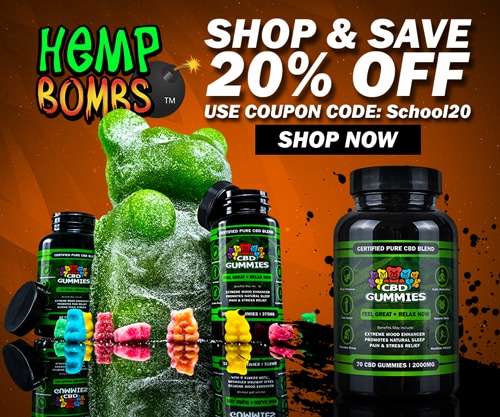 As beneficial as CBD oil is, our bodies are still composed of roughly 60% water, which can make a huge difference in the bioavailability of many of the most popular CBD administration methods (whether a tincture, capsule, edible, or drink).

Bioavailability is defined as: “the degree and rate of which a substance (such as a drug) is absorbed into a living system or is made available at the site of interaction.”

Research shows that in cases of oral administration (think CBD-infused drinks and edibles), the bioavailability of CBD could be as little as 4%, meaning that up to 96% of the CBD you initially took ends up being flushed from the body without offering any effect at all.

Oral administration of CBD is also known to have a longer onset, meaning it can longer to feel the effects than other methods of administration.

Low-bioavailability rates have led to the development of water soluble CBD…something that some speculate will be game-changing for the entire cannabis industry.

Seeing as the body is more or less 60% water, it makes sense to have a CBD product that blends well with water, rather than working against it.

Water soluble CBD ensures that your body is absorbing as much of the non-psychoactive cannabinoid as possible.

How is Water Soluble CBD Made?

Water soluble CBD is made using a process known as nanotechnology.

In simple terms, nanotechnology uses soundwaves that breaks down CBD clusters into micro-sized particles. These particles are smaller than 100 nanometers.

How small exactly is a nanometer?

Broken down into these tiny particles, CBD becomes a product compatible with water as it’s now small enough to dissolve and blend seamlessly with the water molecules.

What are the Benefits of Water Soluble CBD?

CBD is what is known as a hydrophobic compound, meaning it does not mix well with water. It’s basic chemistry at its finest.

Compounds that do mix well with water are known as hydrophilic substances, something more and more CBD manufacturers are beginning to understand plays an important role when it comes to CBD absorption in the body.

Water soluble CBD is simply more efficient than other methods of delivery.

This efficiency not only means that more CBD enters the system, but also that it can be more affordable for the consumer overall.

If your body is absorbing more CBD, then you need to take less to reach the desired effects.

Water soluble CBD is beneficial for several reasons. Some of these include:

What Water Soluble CBD Companies Have to Say

Who are the companies making water soluble CBD, and what do they have to say about this revolutionary new CBD product?

Kazmira, one of the world’s largest CBD wholesalers and manufacturers, is one company that produces water soluble CBD.

The Colorado farm they source their CBD from uses organic growing practices and all their products are third-party tested for quality assurance.

What makes their water soluble CBD products different? For one, they don’t use oil-based emulsifiers.

While some companies use surfactants or emulsifiers like lecithin or polysorbate, or liposomes that include micelles or phospholipids, Kazmira does not.

There are some that speculate water soluble CBD, THC, and other cannabinoids could completely change the cannabis market.

There aren’t many water soluble CBD or THC products on the market yet.

But some manufacturers of water soluble CBD see it as a facet of the industry poised to make serious headlines.

“I’m one of the believers,” said Levy, “that the biggest opportunity in cannabis is to displace alcohol, but to provide cannabis consumption in a way that our entire society is used to, which is sitting down with a bottle or a glass and drinking and socializing.

If you do that with cannabis and not have hangovers and not have those terrible health effects…it’s going to be a natural displacement for alcohol.”

Levy says that most cannabis beverages you can currently purchase in the US have a natural occurrence of separation as water and oil don’t mix.

Since you have to shake the drink or use crystalline forms, it doesn’t make for the best beverage experience as say, vodka or a cold beer. Having to shake a beverage, Levy says, isn’t the most ideal…or quality design.

When asked about his outlook for the water soluble CBD market, Levy had the following to say:

“Someone described it to me the other day, and I think it was appropriate.

They didn’t taste good, they had terrible texture, but if you had Celiac’ s Disease, it gave you an option.

“The cannabis industry is the same way.

There are drinks out there that people are consuming because they like the format, but they don’t taste very good, they have an unpredictable effect, and I think the first line of products coming out are probably going to be bad to OK.

“My instinct from a market perspective is people who are just trying to throw cannabinoids into existing products like the alcohol-less wine and add cannabinoids instead, I don’t think that’s the direction.

I think it’s going to be its own category, like tequila is different than vodka.” Will water soluble CBD and THC make this significant of an impact in the legal cannabis marketplace?

It definitely could. Other methods of ingestion have only gotten more popular as time goes on.

Why wouldn’t a water soluble option that offers increased convenience and faster delivery using less CBD become just as popular (if not more) than other methods of administration?

Imagine being able to scoop a precisely measured dose of CBD into any beverage, have it work quicker than other methods of administration, and receive more milligrams with each dose than you normally would with other methods.

Not only does water soluble CBD open up a world of options, but you also get more bang for your buck.

While time will only tell how well water soluble CBD and THC are accepted by the modern-day cannabis consumer, we have a feeling it’s something that’s likely to catch on quickly.

23 thoughts on “What is Water Soluble CBD? (Why Does it Matter?)”